As promised, here’s a recap of the Portugal tour. You can find an in-depth summary on ProTouch’s social media pages.

With great excitement, the team started the race with the aim to have Rohan Du Plooy ready when it came to the sprint for the line.

Callum Ormiston got into the early break of the day with 4 other riders. This breakaway lasted all the way until the first climb of the day at 150km. While this breakaway was ultimately unsuccessful in maintaining its lead, our young U23 pro gained some great experience.

Callum Ormiston, Mitch Eliot and Bradley Gouveris were held up a couple of crashes in the peloton and finished the day with the rest of the riders caught up in the collisions.

The team tried to create a breakaway but were unsuccessful; eventually, 3 riders broke, gaining more than 12min. Mid-race, the advantage was brought back to a time gap of 4min. Once the team came closer to the finish, the wind picked up. Riders were being dropped out of the back but the DotModus ProTouch team did a fantastic job to keep Kent and Rohan in the front. In the end, they came home with the peloton.

For this stage, the team’s plan was to have representation in the breakaway. After a couple of attempts, a 3-man breakaway was established with Callum, Tiano and another rider.

They quickly got a 6min advantage but without the help of other riders, the time gap soon came down. At 40km from the finish, Tiano felt that it was better to give one or two last big efforts and set Callum up for a lone ride to victory.

Callum still had some energy left and was hoping that the peloton would make an error in the calculation as to when to start chasing. Callum gave it everything but the stage proved 12km too long for the young rider.

For the final sprint, all eyes turned to Rohan in the peloton. Unfortunately, he got caught up in a crash 500m before the line. It was a tough day of racing but the experience gained will definitely give the guys an advantage in upcoming races.

Stages 4 and 5 were a same-day double stage. First, a short but hard 85km stage followed by an 8,4km individual time trial.

Stage 4 started in Monforte and the route took the team to Castelo De Vide along a category 2 climb and two category 3 climbs. The game plan was to protect Kent Main's GC position, as he was still in the same time grouping as the race leader.

The team did a brilliant job mixing it up with the more experienced teams - Euskaltel, Burgos and Caja Rural and delivered Kent to the foot of the category two climb in 10th position.

From there on, the job was done for our boys and it was up to Kent to tackle the climbs. Over the cat 2 climbs, many riders dropped from the lead bunch but Kent showed great form. Kent came in with the bunch on the final climb towards the finish. He went into stage 5 with only a two-second deficit off the lead!

Stage 5 was the time trial. The race started with a steep uphill for about 2km followed by a flatter section where the road surface was not great. A steep downhill also needed to be navigated. Even the slightest error racing on this descent would end in disaster. It was seriously a dangerous route. Naturally, the team opted to use their road bikes rather than their TT bikes.

Mitch, Callum, Brad, Tiano, Rohan and Andries started all around 16:30, with Kent starting a little later in the afternoon. The team put in some great times, with Kent moving to 1:11 in the general classification with one stage to go.

Sadly lady luck was not on the team’s side, with the riders dealing with a number of punctures. With 20km to go, the team looked to create a break and Callum rode away with two other compatriots to create a 1min advantage. But with 4km to go, their break was neutralised. Ultimately, Kent managed to finish in the very respectable position of 30th out of 114 riders.

Well done to the riders and we are proud of the effort you have put in so far. We’re looking forward to the series of one-day races in Turkey, followed by another tour back in Portugal next month, where we’re certain that the experience gained will help them to achieve fantastic results.

Sponsor Update: ProTouch Cycling Team’s Wrap up of the UCI races in Turkey 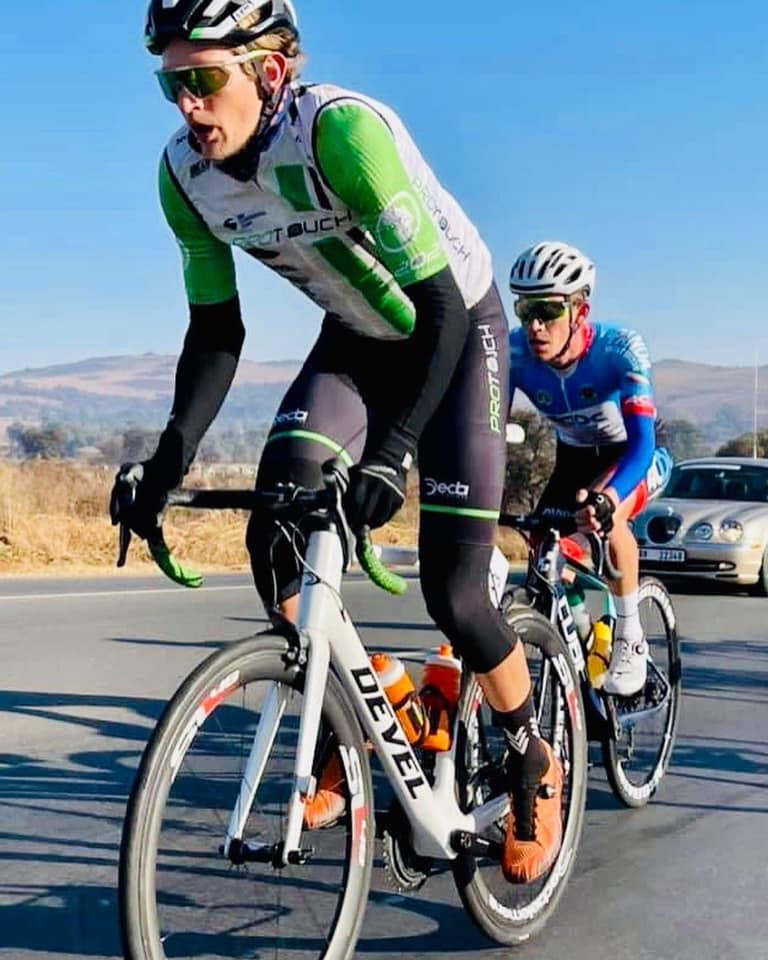 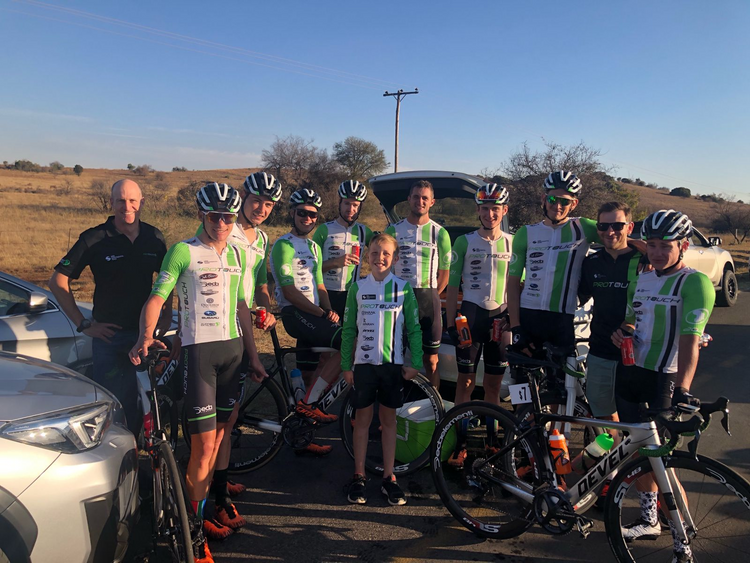 Another great weekend of racing for the ProTouch team!